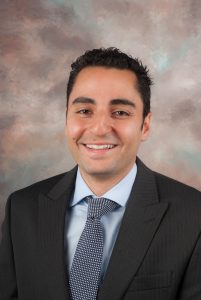 Michael is admitted to practice in New York, New Jersey, and California (voluntarily inactive in CA), and is also admitted in the Federal District Courts of the Eastern and Southern Districts of New York, and the New Jersey Federal District Court. Repeatedly named a “Rising Star” by Super Lawyers, Michael has experience in many fields, involving both litigation and transactional matters, which has provided him with outstanding foresight and the ability to isolate the primary issues in a matter. Michael was appointed as an arbitrator by the Nassau County Bar Association, where he regularly presides in the Queens County Civil Court and Nassau County District Court on a wide variety of matters ranging from personal injury and property damage to landlord/tenant and commercial disputes.

In 2018, the Hon. Alan Scheinkman, Presiding Justice of the Appellate Division, Second Department, appointed Michael to the Court’s Committee on Character & Fitness. Moreover, Michael has volunteered his time by speaking regularly at a legal housing clinic in Woodside, NY. Since 2015, Michael has been a regular panelist on the Queens County Bar Association’s annual CLE on real estate litigation and landlord-tenant law.  Michael is also proud to teach as an Adjunct Professor of Law at Hofstra Law School.

In addition, Michael is a  member of the Board of the Iranian American Bar Association, NY Chapter, Board of Managers and Judiciary Committee of the Queens County Bar Association; 1st Vice President of the Brandeis Association; and Treasurer of the Network of Bar Leaders. Finally, Michael is the co-founder of the NYC Legal Referral Network (NYC LRN), which hosts regular events among judges and attorneys in Manhattan and beyond, and has been prominently featured in the New York Law Journal.