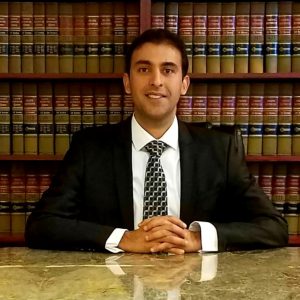 Arash Tavanaei was born and raised in Tehran, Iran. In 2008, he received his Bachelor of Science in biological sciences with concentration in microbiology from the University of Tennessee. He then worked as a microbiology researcher until 2012 when he moved to Phoenix, AZ and enrolled in Law School. He received his JD in 2015 and was admitted to the State Bar of Arizona the same year.

Since his admission to the State Bar, Arash Tavanaei has practiced personal injury and immigration law. His immigration practice consists of both petitions for various immigrant and nonimmigrant visas as well as removal defense before the immigration court and the Board of Immigration Appeals. He has been with Cima Law Group, PC since 2018. Arash currently serves IABA Phoenix as the vice president of membership. He is fluent in both English and Farsi.