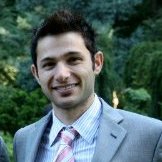 ation firm specializing in eminent domain in Irvine. He later joined Nordstrom, Steele, Nicolette and Blythe practicing in the area of personal injury and medical practice until November 2015.

Bahram earned his B.A. in Political Science, with a minor in Business Administration, from the University of Southern California in Los Angeles in 2003. And he earned his J.D., with a Certificate in Intellectual Property, from Whittier Law School in Costa Mesa in 2009. During that time he performed research on applicants applying to the Orange County Innocence Project for the Orange County District Attorney Office’s DNA Unit.

He spends his spare time taking advantage of Southern California playing tennis and, when weather permits, skiing and snowboarding. He also gives back to the community by volunteering with organizations such as the American Cancer Society.