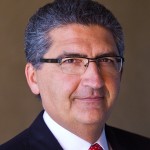 Ali M.M. Mojdehiis a partner in the Cooley Bankruptcy & Restructuring practice group. He joined the Firm in 2012 and is resident in the San Diego office.

Mr. Mojdehi advises debtors and creditors and provides counsel to boards on innovative and efficient strategic transactions and restructurings. Both in and out of court, Mojdehi has represented debtors-in-possession, trustees, creditors, statutory creditor and equityholder committees, bondholders, financial institutions, and third-party purchasers of distressed assets, across a wide array of industries including real estate, construction, hospitality, oil and gas, energy, telecommunications, retail, manufacturing, transportation, financial services and technology.

Prior to joining Cooley, Mr. Mojdehi was a partner at Baker and McKenzie LLP. During his tenure at that firm, he was the chair of the Financial Restructuring, Creditors’ Rights & Bankruptcy Practice Group in North America.

Mr. Mojdehi earned his J.D. from the University of Tulsa in 1982 and received his B.A. from the College of William and Mary in 1978. He is admitted to practice in the states of California and Oklahoma.