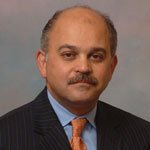 Babak Hoghooghi was one of four founding members of IABA and currently sits on the Board of Advisors.

Mr. Hoghooghi has had extensive experience on matters relating to U.S. economic sanctions laws involving compliance and enforcement issues as well as on a policy level. He has represented numerous public and private companies and individuals in the U.S. and abroad, providing them with counsel concerning compliance with the ever-changing and complex array of U.S. sanctions on Iran, Russia, Syria, and other countries with respect to licensing matters including for the release of blocked funds or other properties, and in connection with voluntary disclosures, investigations and civil/criminal enforcement actions. He has also had extensive experience representing individuals facing criminal indictments and U.S extradition requests with respect to U.S. sanctions violations.

Having practiced law for over twenty years, Mr. Hoghooghi has also represented clients on a wide range of domestic and international commercial and corporate matters, including the drafting and negotiation of a wide variety of business transactional agreements. He has been involved in the structuring of corporate entities and joint ventures, as well as the drafting and negotiation of organizational, governance and equity documents. He has acted as counsel to Fortune 500 companies and small to medium size businesses in connection with the acquisition or sale of a variety of business entities or commercial assets, as well as the structuring and development of projects, including major domestic and international infrastructure and power projects. He has represented borrowers as well as lenders in connection with the financing of major projects by commercial banks and export credit agencies, drafting and negotiating Credit Agreements and other loan and security documents. A structural engineer by training and previously a practicing licensed professional engineer, he has also had extensive experience with engineering projects and construction law issues. Finally, his practice includes cross-border investment and trade.

Having earned his law degree from Georgetown University, Mr. Hoghooghi practiced at the law firm of Skadden Arps for more than 12 years. Before joining Berliner Corcoran & Rowe, Babak was Lead Counsel at Clearspire Law Company. Mr. Hoghooghi was also a founding Board Member and the first President of the Iranian American Bar Association for five years, beginning in 2000.

Before entering law school, Mr. Hoghooghi received a Master of Science degree in Structural Engineering from the University of California at Berkeley and worked as a licensed professional engineer (PE) at the Ralph M Parsons Company in Pasadena, California for four years. He is fluent in spoken and written Persian (Farsi).