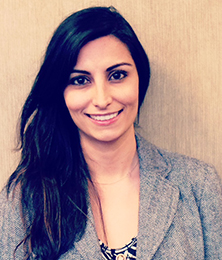 Mrs. Marder is currently Associate General Counsel at OfficeMax Incorporated and has been involved in significant litigation matters, including consumer class action litigation in California, a variety of employment lawsuits nationwide, complex commercial litigation matters, and a number of insurance coverage issues. Prior to joining OfficeMax, Mrs. Marder was a Litigation Associate at Morgan, Lewis & Bockius in San Francisco.

Mrs. Marder has always been very committed to pro bono work. While in law school, Mrs. Marder worked at the East Bay Community Law Center Immigration Clinic, assisting clients with their asylum/permanent residency applications. After law school, Mrs. Marder traveled to Namibia and South Africa to volunteer with the Center for the Study of AIDS and assisted with programs to raise awareness regarding HIV/AIDS stigma and discrimination. In 2010, Mrs. Marder received the Jack Londen award from the Lawyers’ Committee for Civil Rights of the Bay Area for her work with the Education Equity Project. Currently, Mrs. Marder is involved in the CASA program, providing legal services to abused and neglected children.

Mrs. Marder is also dedicated to raising awareness about the persecution of Baha’is in Iran (http://iran.bahai.us). In 2012, she met with Idaho Senator Risch’s office, met with academics and presented in classrooms at Boise State University, and presented at the Idaho Human Rights Education Center regarding the continued imprisonment of Baha’is in Iran and the denial of higher education.