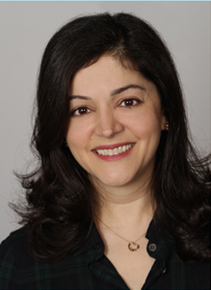 Sima Sarrafan is a Senior Attorney in the Legal and Corporate Affairs department of Microsoft.  Ms. Sarrafan supports the Online Services Division, which includes Bing, Application Experiences, and MSN, where she provides guidance to executives on a variety of legal and regulatory issues, including marketing, advertising, privacy, security, and regulatory compliance.   Ms. Sarrafan previously supported Microsoft’s Office of Legal Compliance, where she managed compliance investigations in Europe and Russia, as well as investigations for business and product groups in North America.  Prior to joining Microsoft, she was a Partner at Yarmuth Wilsdon Calfo LLP, where her practice focused on intellectual property and general litigation.   Ms. Sarrafan previously served as an Assistant United States Attorney for the District of Columbia, where she prosecuted criminal cases on behalf of the United States in jury trials and at the appellate level.  She was also detailed to the Office of International Affairs at the Department of Justice, where she served as a Trial Attorney supporting international extraditions and evidentiary requests.  In addition, Ms. Sarrafan’s professional experience includes serving as an Adjunct Professor of Law at Seattle University School of Law and Roger Williams University School of Law, and as a Teaching Fellow in Economics at Harvard College.  In October 2011, Ms. Sarrafan was appointed by President Obama as a Trustee of the Christopher Columbus Fellowship Foundation, an independent Federal government agency.  She graduated from Vassar College with a B.A. in Economics and earned her J.D. from Harvard Law School.