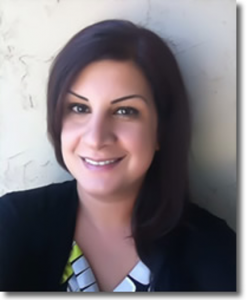 Bita Ashtari earned her Juris Doctor degree from Oklahoma City University School of Law. Upon graduating law school, Bita obtained her LL.M. degree in Trial Advocacy, specializing in Federal Criminal Law, from California Western School of Law in San Diego; the only program in the nation solely focused on federal criminal defense practice. There, she received extensive training and experience in litigating some of the most serious federal cases, ranging from border related crimes, drug conspiracies, fraud, and cases involving multi-defendant wiretaps and RICO conspiracies.

While studying at California Western School of Law, she volunteered at the California Innocence Project, an organization dedicated to obtaining the release of incarcerated individuals who have been wrongfully convicted. As part of the LL.M. program, Bita interned with the Federal Defenders office in San Diego where she represented indigent persons accused of federal crimes at all stages of their court proceedings.

As a student during her LL.M. program, Bita co-authored an article titled “RAPE SHIELD LAWS AND SOCIAL NETWORKING WEBSITES: IS THERE ANY PRIVACY LEFT TO PROTECT?” which was published in the Federal Criminal Defense Journal, a publication that offers criminal defense practitioners insight into the latest issues in federal criminal law.

After graduating from California Western School of Law, Bita entered private practice where her practice focused on Criminal Defense and Immigration Law. She is knowledgeable on the crossover between immigration and criminal law and advises criminal attorneys with respect to the immigration consequences of a client’s criminal conviction and/or plea deal.

Bita is dedicated to giving back to the community and throughout her legal career has provided pro bono legal services to detained migrants before all levels of the immigration court and appellate court system. Bita has been awarded the Wiley W. Manuel Certificate for Pro Bono legal services three consecutive years which is awarded by the State Bar of California for voluntary provision of legal services to the poor. She has regularly presented seminars on Immigration Law to various non-profit organizations within Southern California dedicated to helping indigent individuals within the immigrant community.

Bita is admitted to practice law in California and before the United States District Court for the Southern District of California.