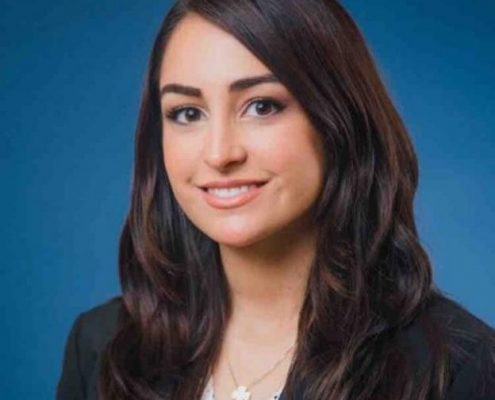 Yasmin Bigdeli grew up in Orange County, California before moving to San Francisco where she earned her bachelor’s degree in International Studies with a minor in Criminology from the University of San Francisco. Yasmin then earned her J.D. from University of California, Hastings College of the Law with a Criminal Law Concentration. While at Hastings, Yasmin served as President of the Iranian Law Students Association, Vice President of the Hastings Public Interest Law Foundation, and Operations Editor of the Hastings International and Comparative Law Journal. Yasmin also served as Student Director on the Iranian American Bar Association Northern California Chapter’s Board of Directors for three years.

During law school Yasmin pursued a career as a prosecutor and clerked at the San Francisco County District Attorney’s Office, and the Santa Clara County District Attorney’s Office. Yasmin also expanded her skill set as a law clerk at Ari Law P.C., where she assisted with a jury trial which resulted in great relief to the plaintiffs who had been frauded by their commercial landlords.

Yasmin now represents the People of the State of California in criminal proceedings in the City of San Diego as a Deputy City Attorney. Yasmin also serves as co-chair of the Policy and Community Engagement Initiative of the Racial Equity Task Force for which she conducts research and presents proposals regarding procedural justice reforms as well as community outreach.