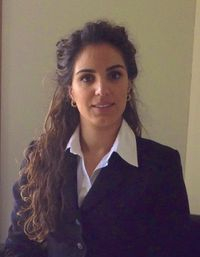 Azin was born and raised in Iran. She immigrated to the the United States in 2010. Upon arrival in the States, she immediately began performing the requirements of being evaluated and taking the LSAT, and began law school. She completed a special intensive two year program and earned her J.D. degree as an honored Cum Laude graduate in 2013 from Western Michigan University Cooley Law School. After graduating from law school, she pursued her LL.M in Homeland and National Security Law with focus on immigration law and human trafficking. Azin is licensed in New York and Michigan. She speaks fluent Farsi. As an immigrant to the United States, Azin understands the challenges and struggles faced by immigrants in the United States. Azin devotes her life to serving and advocating for the rights of the immigrant community. Azin’s educational training and work experience has been geared toward protecting human rights with honesty and care.