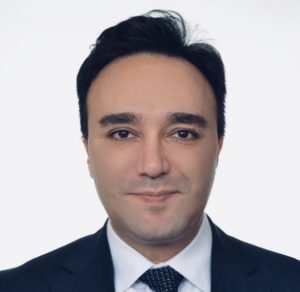 Mansoor Eyvazi was born and raised in Iran. He practiced as an attorney in Iran for over ten years representing corporations and individuals in litigation and mediation on complex corporate law matters. In Washington DC, Mr. Eyvazi continued his education and expanded his practice area to include international business law. Working at DC based law firms he has focuses on Alternative Dispute Resolution procedures.

Mr. Eyvazi has worked as the Dean’s Fellow in multiple positions including as the academic advisor to the high-profile Humphry fellows at Hubert H. Humphry Fellowship program.

Mr. Eyvazi has been recognized for his work, and received numerous awards and scholarships.