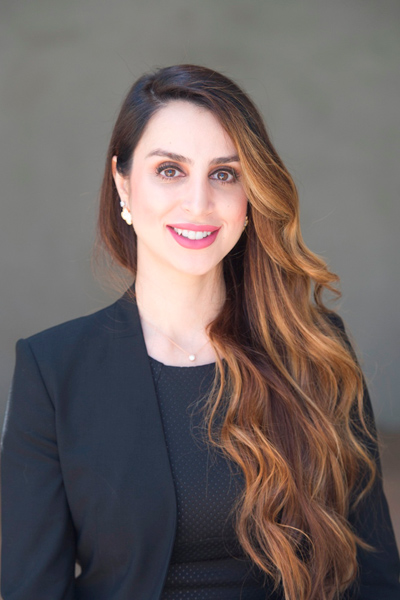 Lila has been a dedicated member of the Andrews and Thornton team for over a decade as she began working as a law clerk before going on to attend Loyola Law School and returning every summer for a clerkship position. While attending Loyola, Lila volunteered at the Disability Rights Legal Center where she fought for justice for disadvantaged and marginalized clients who experienced discrimination. During her second year, Lila worked as an extern for Commissioner Harvey Silberman, in his Family Law court in Los Angeles. Lila graduated from Loyola in 2009, and joined Andrews and Thornton full time in 2010, where she works on all major mass tort litigations.

Currently, Lila has been appointed as Plaintiffs’ Liaison Counsel in the In Re: Karl Storz Power Morcellator Litigation in Los Angeles, where also Senior Managing Partner Anne Andrews has been appointed as Co-Lead Counsel. It is Lila’s first role as part of leadership in a major mass tort litigation. The Karl Storz Litigation is also unique in that it is one of the only predominantly female Plaintiffs’ Steering Committees in the country, and Lila is honored to be part of such a distinguished group. In addition to this, Lila manages a number of litigations including In Re: Actos, JCCP 4696 and In Re: Risperdal, JCCP 4775. Lila is also involved in other national litigations such as In Re: Bair Hugger Forced Air Warming, MDL 2666. Lastly, Lila is highly involved in new emerging litigations and enjoys research and development of new projects to redeem justice for consumer rights.

During her spare time, Lila enjoys traveling back home to London, England where most of her family lives.