As Commissioner of the Mayor’s Office of Immigrant Affairs (MOIA), Bitta Mostofi has worked tirelessly to make New York City a more just and accessible place for immigrant families. At a time when anti-immigrant sentiments drive federal policy, Bitta envisions a New York where immigrants thrive and realize their fullest potential. Bitta’s robust, strategic coordination of policy, outreach, communications, and programs have empowered communities to work alongside MOIA in advocating for equity, resources, and justice.
Among her achievements in public service, Bitta led the campaign to bring IDNYC to more than 1.3 million people. This groundbreaking initiative broadened access to government-issued identification and services, and deepened immigrant communities’ sense of belonging in our city.
Under Bitta’s leadership as Commissioner, MOIA has championed health care for all and collaborated with NYC Health and Hospitals on NYC Care, a major initiative to ensure that all New Yorkers—regardless of immigration status or ability to pay—can access quality, affordable healthcare in New York City. As Bitta deepened civic engagement with immigrant communities, she directed the launch of Know Your Rights education in workplaces and communities, as well as poll-site interpretation services for limited English proficient New Yorkers and an effort to adopt poll-site interpretation services into New York City’s charter.
When the federal administration sought to separate immigrant children from their parents, escalate immigration enforcement efforts, and attack Dreamers, Bitta led the City’s aggressive response to combat these egregious policies through litigation against the public charge rule, the launch of rapid response legal and outreach support to address immigration enforcement, and the fight to defend DACA at the federal level.
Prior to MOIA, Bitta served as a Senior Staff Attorney at Safe Horizon, where she represented immigrant crime victims, asylees, and families in their cases before the U.S. Department of Homeland Security and Department of Justice, while also leading Safe Horizon’s advocacy campaigns at local and federal levels. Bitta continues to amplify public awareness of global human rights injustices, particularly the plight of refugees from Iran and Iraq, through community organizing and advocacy.
After receiving her law degree from DePaul University in Chicago, Bitta joined the Council on American Islamic Relations where she spearheaded legal advocacy efforts for Muslim and Middle Eastern communities who had suffered from discriminatory impacts of post-9/11 policies while pursuing citizenship.
A proud daughter of Iranian immigrants, Bitta became passionate about community organizing and service from a young age. An early anti-war organizer and human rights advocate, Bitta believes that the struggle for justice must center the needs and voices of our communities.  She lives with her husband and daughter in Brooklyn.
Bitta is the 2019 winner of the Arab American Association of New York’s Get the Job Done Award, the recipient of the Beacon Award presented by the Ellis Island Honors Society and The American Immigrant Society, and the Public Service Award from the Iranian American Bar Association-NY Chapter. Bitta received a New York Emmy Award for her role in producing Rolando’s Rights, a video for MOIA’s We Speak NYC English learning program about a group of workers who learn about and work together to assert and claim their worker rights. Under Bitta’s leadership, MOIA, in collaboration with Better World Advertising, received the 2015 Communicator Award in Public Advertising for the IDNYC marketing campaign. 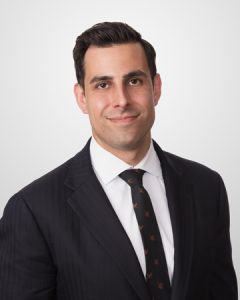 As the Founder and Principal Attorney of Ferrari & Associates, Erich Ferrari represents U.S. and foreign corporations, financial institutions, exporters, insurers, as well as private individuals in trade compliance, regulatory licensing matters, and federal investigations and prosecutions. He frequently represents clients before the United States Department of the Treasury’s Office of Foreign Assets Control (OFAC), the United States Department of Commerce’s Bureau of Industry and Security (BIS), and in federal courts around the country. With over 13 years of experience in national security law, exports control, and U.S. economic sanctions, he counsels across industry sectors representing parties in a wide range of matters from ensuring compliance to defending against federal prosecutions and pursuing federal appeals.

Mr. Ferrari’s representations before OFAC frequently involve matters involving the Iran, Ukraine-/Russia- related, Democratic Republic of the Congo, Counter-Terrorism, and the Counter Narcotics sanctions programs. As part of these representations, he has worked to have names removed from OFAC’s Specially Designated Nationals and Blocked Persons List (SDN List), responded to OFAC administrative subpoenas issued during the course of an OFAC investigation, procured OFAC specific licenses to engage in transactions prohibited by OFAC, drafted OFAC voluntary self-disclosures, developed and implemented OFAC compliance programs for financial institutions and multi-national companies, and provided general counseling on OFAC related matters to a variety of clients.

Mr. Ferrari has served as lead trial counsel on a number of complex federal criminal matters. He is a seasoned litigator that has obtained mistrials and acquittals for his clients in various matters including prosecutions for smuggling, and International Emergency Economic Powers Act (IEEPA) based charges. He has also successfully handled money laundering cases, espionage cases, economic sanctions criminal cases, and federal criminal appeals. Mr. Ferrari’s is also known for his numerous lawsuits against OFAC arising from blocking both of assets, as well as those targeting parties under various sanctions authorities. He has also represented clients in other litigation including, for instance, federal civil forfeiture proceedings. These representations have occurred in various courts across the United States and involved both U.S. and international clientele.

Mr. Ferrari actively writes on OFAC-administered trade sanctions on his blog at www.sanctionlaw.com, as well as for publication. In addition, he is often called upon by media outlets to speak on U.S. trade sanctions issues and has been interviewed on OFAC-related issues by CNN, The New York Times, The Washington, Post, Forbes Magazine, and the Wall Street Journal.

Mr. Ferrari was formerly the National President of the Iranian-American Bar Association (“IABA”) and remains active with the IABA to this day.

Judge Ipema has served as a judicial officer for nearly fifteen years. She has experience in family, criminal, and civil. She previously practiced as an immigration defense attorney; as an Assistant District Counsel with the U.S. Department of Justice in immigration matters; as a judicial research attorney; and as a supervising research attorney for the Los Angeles Superior Court. She also served as a California Superior Court Commissioner in both Los Angeles and San Diego Counties prior to her appointment as a Judge to the San Diego Superior Court.

Judge Ipema received the National Association of Women Judge’s (NAWJ) Mattie Belle Davis Award in 2013 for furthering the organization’s mission of “Equal Access to Justice for All.” She received the Lawyers Club of San Diego’s “International Woman of Color” award in 2015, and the “Friend of the Community Award” from Tom Homann LGBTQ Law Association in 2016. She received two “Outstanding Jurist Awards” from the San Diego County Bar Association and from the University of La Verne College of Law in 2016. In 2017, Judge Ipema was awarded the prestigious Alba Witkin Humanitarian Award by the California Judges Association. 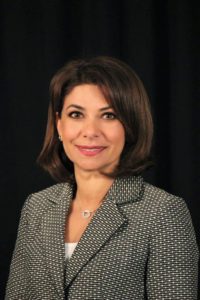 Nahal Iravani-Sani is a Superior Court Judge presiding in Santa Clara County, California. Prior to joining the bench, she was a Deputy District Attorney for 22 years, representing the People of the State of California through all phases of the criminal justice system, including Violent Felonies, Domestic Violence, Narcotics, Consumer Fraud and Environmental Crimes. She was most recently assigned to the Sexual Assault Unit where she prosecuted rape, child molestation, and human trafficking cases.

Judge Iravani-Sani earned her Bachelor of Arts in 1990 from the University of California, Irvine in Social Ecology, with an emphasis in Criminology and Legal Studies. She earned her Juris Doctor from Santa Clara University School of Law in 1993.

Dedicated to education and mentorship, Judge Iravani-Sani instructed Trial Advocacy at Stanford Law School and Santa Clara University School of Law, and coached the award winning Willow Glen High School Mock Trial Team. She enjoys serving as a mentor to the next generation of trial attorneys.

As an immigrant to the United States at a young age, Judge Iravani-Sani is passionate about her role as an ambassador of the Iranian-American community, and giving back to her adopted country. She has served in leadership positions on nonprofit community and professional organizations, including the boards of the Iranian American Bar Association (IABA), Pars Equality Center, and the Public Affairs Alliance of Iranian Americans (PAAIA).

Judge Iravani-Sani has been the recipient of the Unity Award by the San Francisco Minority Bar Coalition and the Distinguished Service Award by the Iranian American Bar Association. In 2016, she was the recipient of the Judge’s Night Diversity Award by the Santa Clara County Bar Association for her commitment and leadership in promoting diversity in the legal profession. In 2017, California Governor Edmund G. Brown appointed Hon. Iravani-Sani as the first Iranian-American judge ever to serve on the Santa Clara County Superior Court.
The video of Ms. Iravani-Sani’s investiture can be seen here. 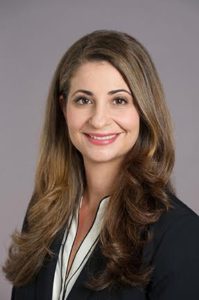 Judge Saba Sheibani was appointed by Governor Jerry Brown to serve in San Diego County Superior Court on March 9, 2018. Ms. Sheibani has been an assistant supervising attorney at the San Diego County Public Defender’s Office since 2016, where she has served as a deputy public defender since 2004. She was a law clerk at the San Mateo Private Defender Program in 2004.