Amir Nayebdadash is an attorney with the Los Angeles office of Littler Mendelson, P.C., where his 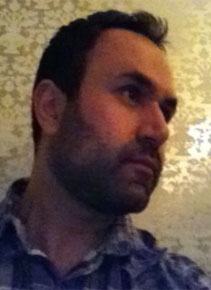 practice focuses on defending employers in single plaintiff and wage and hour class actions. Mr. Nayebdadash also advises and counsels his clients in employment practices and policies to shield them from litigation or mitigate any potential exposure should they find themselves embroiled in a lawsuit. Mr. Nayebdadash has extensive jury and bench trial experience and has obtained a complete defense verdict in each matter he has tried. Mr. Nayebdadash obtained his undergraduate degree from UCLA, graduating cum laude with a bachelor’s degree in philosophy. He continued his studies at King’s College School of Law in London, England where he graduated with merit honors with a Master of Arts degree in international relations. Mr. Nayebdadash continued his studies at Pepperdine University School of Law where he obtained his jurist doctor degree in only two and a half years with a certification in dispute resolution from the acclaimed Straus Institute for Dispute Resolution. Mr. Nayebdadash returned to London during law school where he assisted Professor Colleen Graffy, former deputy United States Assistant Secretary of State for Public Diplomacy, and served as a legal intern for McDermott, Will and Emery’s London office, and Eversheds, LLP, a prominent multi-national law firm. After law school, Mr. Nayebdadash joined one of the preeminent defense trial lawyers in Southern California, the Law Offices of David J. Weiss. Recognizing his skill and leadership, Littler Mendelson, P.C., the largest labor and employment law firm in the United States, recruited Mr. Nayebdadash to join its Los Angeles office. Mr. Nayebdadash is active the Iranian-American community through his commitment to the Iranian-American Bar Association and membership in several Iranian-American organizations.