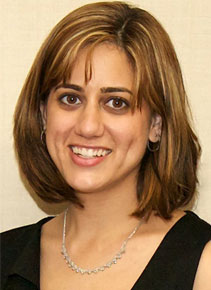 working primarily as appointed counsel for the Indigent Defense Panel for the California Court of Appeal, Second and Fourth Appellate Districts. She previously was a Deputy Attorney General with the California Department of Justice, prosecuting felony criminal appeals in state and federal courts. Prior to joining the California Department of Justice, Ms. Mortazavi was an associate at Bonne, Bridges, Mueller, O’Keefe and Nichols, focusing on medical malpractice and elder abuse defense. Ms. Mortazavi received her B.A. in political science, cum laude, from the University of California, Los Angeles (UCLA) in 1999 and received her J.D. from UCLA School of Law in 2002. In addition to her service to IABA, Ms. Mortazavi is active with a number of other organizations.  She is an Orange County Ambassador for the National Iranian American Council and sits on the Board of Advisors for Keep Children in School.