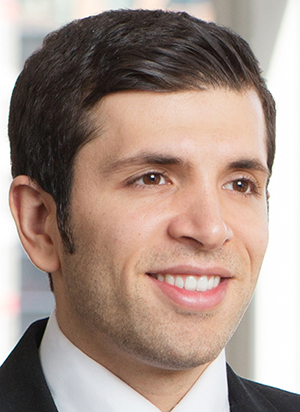 Ramin Montazeri was born in Esfahan, Iran and grew up in Orange County, California. He graduated cum laude from University of California, Irvine, where he received a B.A. in Political Science and Business Economics. Thereafter he received a J.D. degree from Columbia Law School in 2013, where he was a Harlan Fiske Stone Scholar. Mr. Montazeri also attended the Sorbonne Law School in Paris, receiving a certificate in International Business Law and Governance. During law school Mr. Montazeri served as the President of the Middle Eastern Law Student’s Association, as well as the President of the National Muslim Law Student’s Association. He also received the IABA scholarship for outstanding service to the Iranian American community. Mr. Montazeri currently works at Latham & Watkins LLP as a Project Finance associate, specializing in the power and oil and gas sectors, and has an active pro bono practice with a focus on immigration matters. Mr. Montazeri is admitted to practice law in New York and California.