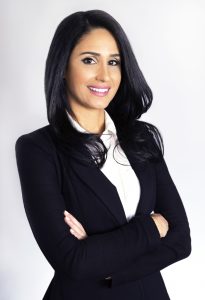 Sheila Esmaili is the principal attorney at the Law Offices of Sheila Esmaili, in Brentwood, California. Her practice primarily focuses on bankruptcy and litigation. She is extremely skilled in restructuring and reorganizing the finances of businesses and individuals. As a highly sought after attorney, she has acquired extensive experience in representing both creditors and debtors in Chapter 7, 11, and 13 Bankruptcy and related proceedings and litigation, including Adversary Proceedings. She has represented numerous plaintiffs and defendants through to trial, as well as handle several pre-bankruptcy planning and strategy, debt settlements and debt negotiations.

Prior to starting her own practice, Sheila spent five years as an associate attorney for a boutique bankruptcy firm in Beverly Hills, California, where she predominantly handled complex Chapter 11 Bankruptcy matters and Adversary Proceedings.

Sheila is licensed to practice law in California and Nevada. She is a member of the Iranian American Bar Association (IABA), the Beverly Hills Bar Association (BHBA), and the Central District Consumer Bankruptcy Attorneys Association (CDCBAA).

Sheila obtained her J.D. from Loyola Law School (LLS) and her B.S. from the University of California, Los Angeles (UCLA), where she graduated with honors.